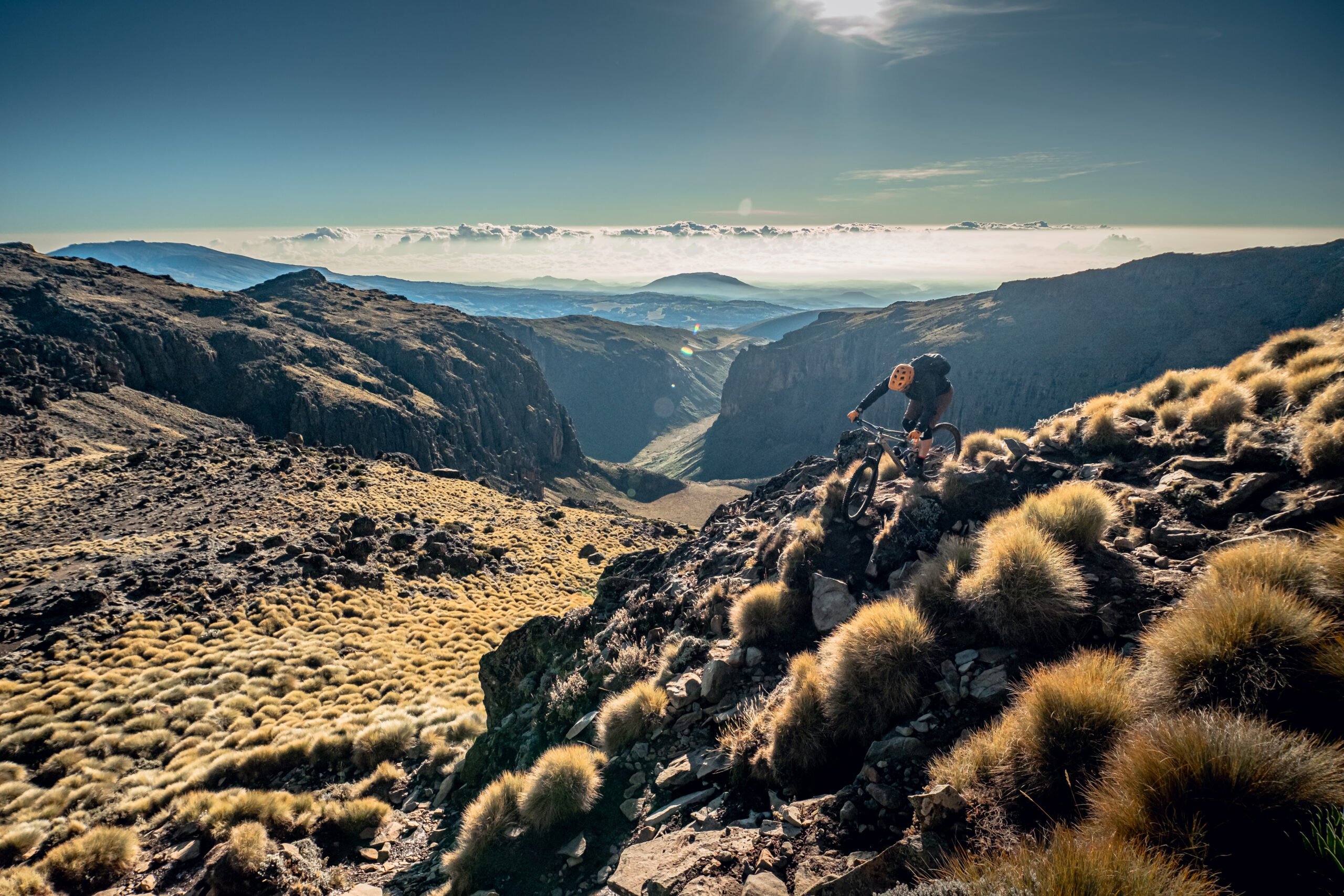 All too often disregarded by mountaineers, who prefer to aim for the fêted Kilimanjaro, Mount Kenya with its towering 5,199m of elevation is, nevertheless, the second highest peak in Africa. In this adventure, Cédric Tassan sets out to discover one of the last strongholds of the African glaciers, on a path from north to south across and over the mountain, together with his guide Michaël and his old traveling companions.

An opportunity to reach heights never experienced before, Mount Kenya presented an epic challenge which each member of the expedition would have to tackle for themselves, while at the same time keeping an eye out for their teammates, to ensure the entire unit made it to the summit. 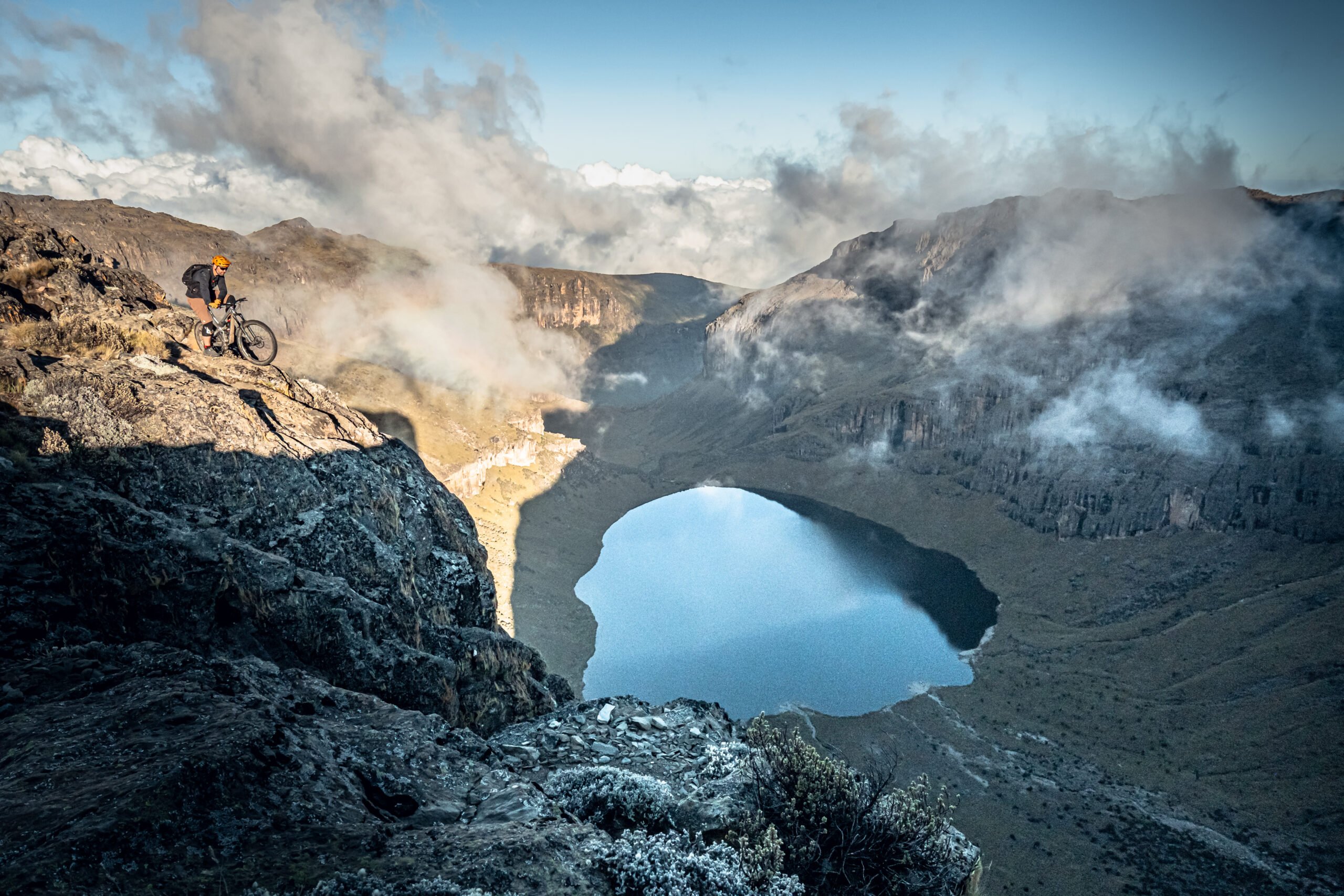 The adventure began in Nairobi, where the team met up and sourced everything needed for a six-day expedition. Eight porters and a cook from the Kikuyu tribe joined the team, and then it was off to the first 18km of dirt road and 1,200m of elevation gain to the entrance Sirimon of Mount Kenya National Park.

The effort of the crossing was immediately rewarded by the magnificent view of the wild valley of the Tiki North refuge. 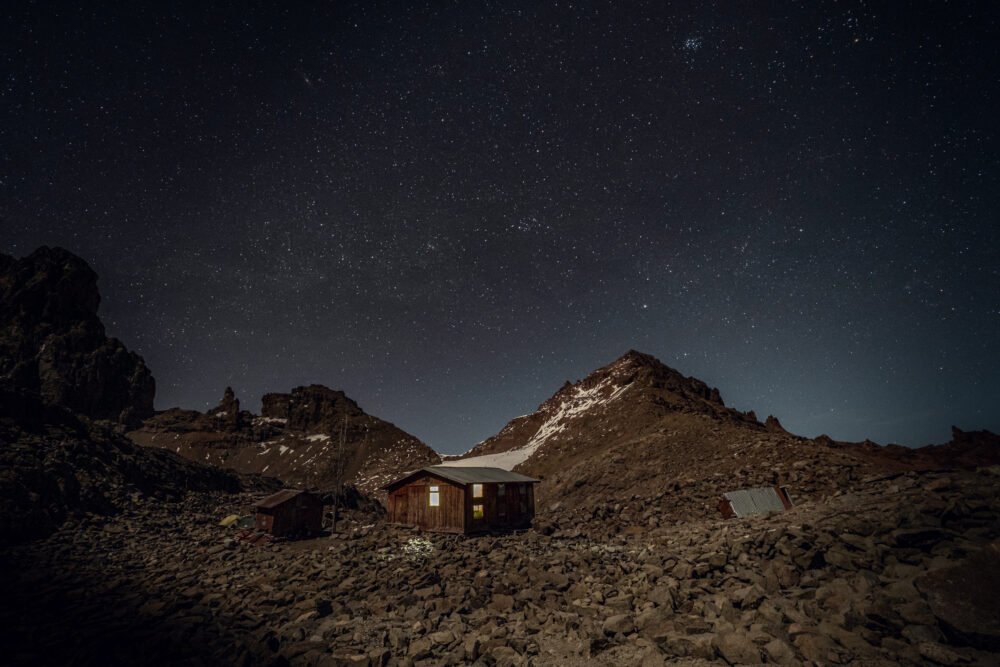 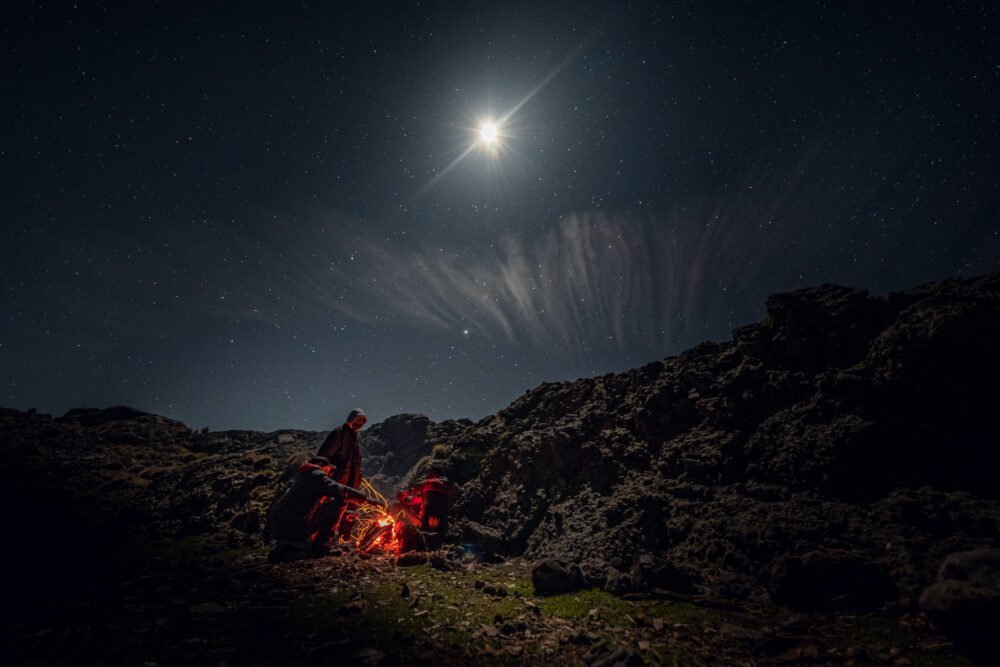 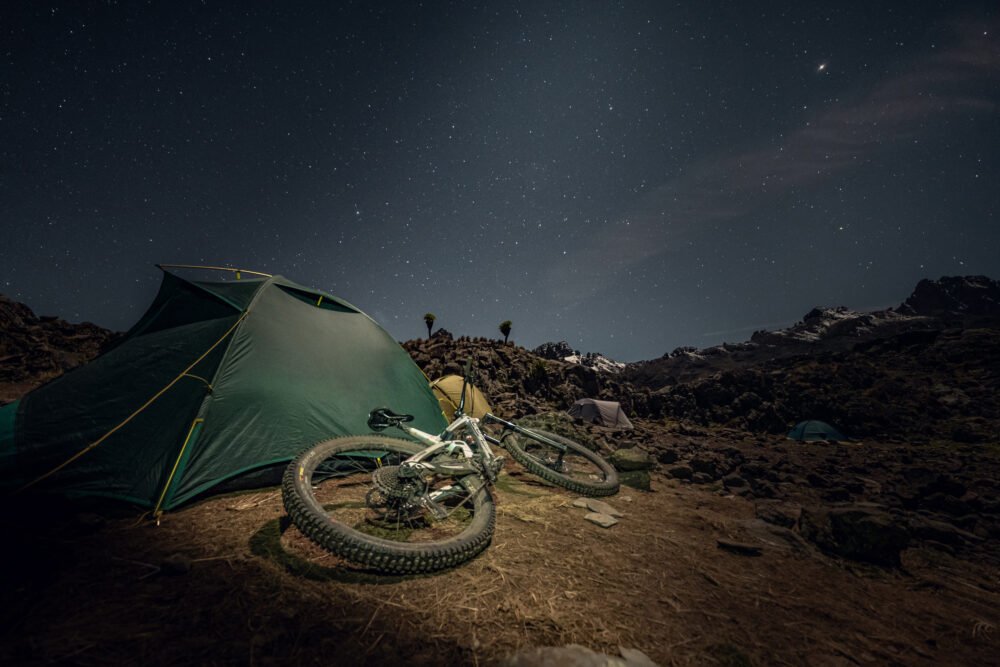 Throughout this undertaking, the evenings were authentic moments of sharing with the team, without whom all of this would have been impossible. The environment was unknown, harsh and dangerous. It is not uncommon to meet hyenas and leopards in this part of the world. Kenyan friends proved to be an invaluable guide.

In total euphoria, they descended down a scree incline to get to the foot of the mountain, and then again it was lakes and steep valleys, all wrapped in fog.

The rest of the crossing was magnificent but tiring. They arrived at the edge of the Teleki valley, where the clouds disappear and you can admire a new, equally-impressive side of the mountain! A suspended piece of glacier tried bravely to resist the onslaught of global warming. 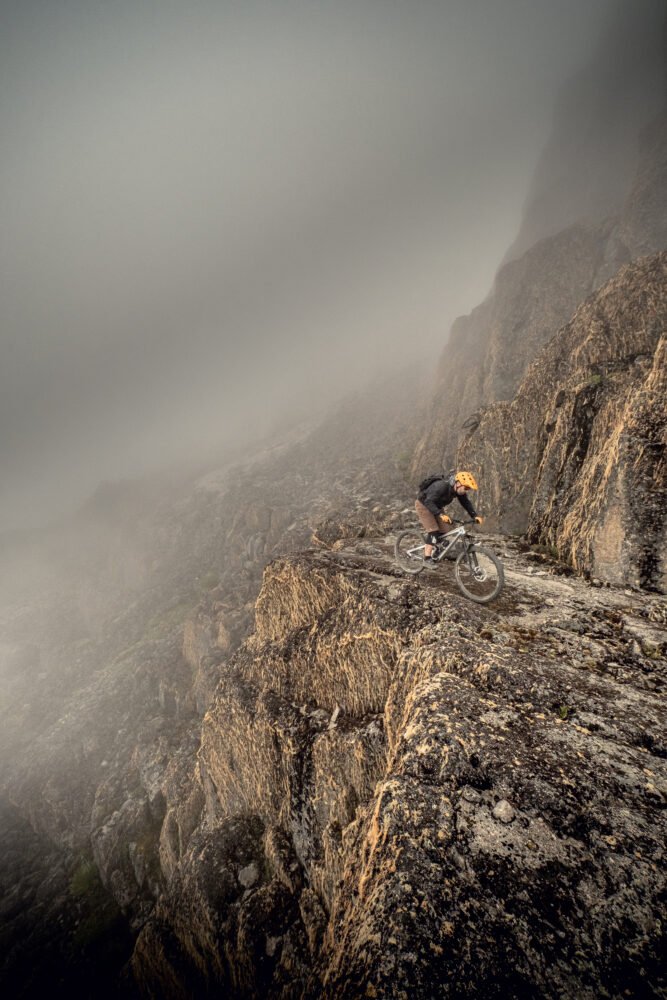 The last camp was at 4,780m, and the climbing resumed. An easy ridge at the beginning, where the altitude proved to be the hardest obstacle.

On the second part of the trail the ridge straightened. Brutal. The path became lost between snow and ice. Cables helped with progression. Some rocky passages required Cedric and his friends to climb with the bikes on their shoulders, which is not an easy task. The climb ended with a ramp of bars, symbolically the highest ‘via ferrata’ in the world!

And then, all of a sudden, it was done. Lenana Point, 4,985m of altitude. Fatigue gave way to happiness. Time for the traditional ritual photo, and then time to go back. 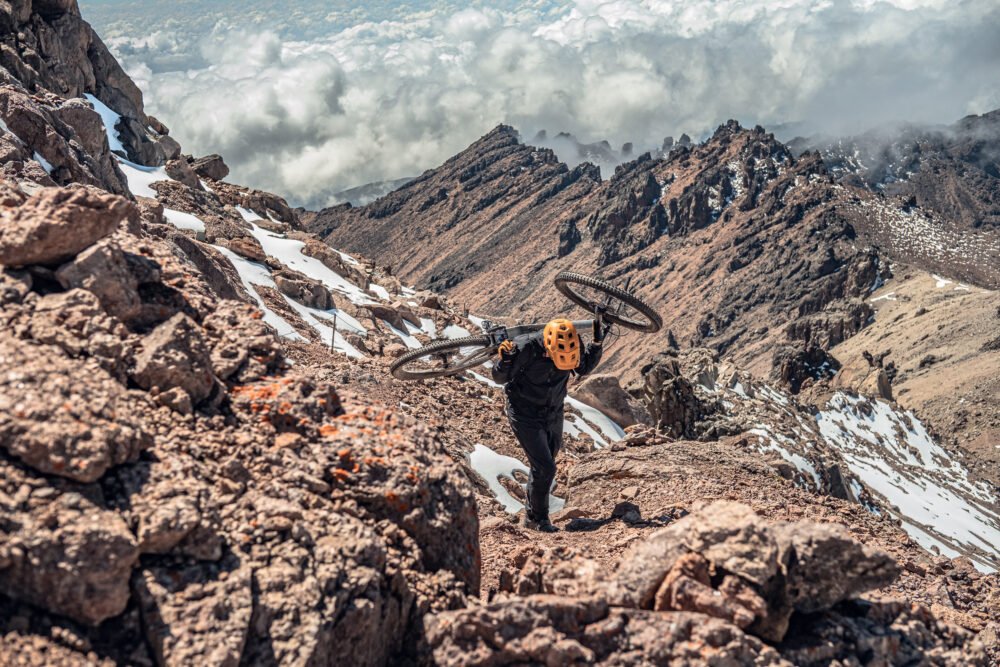 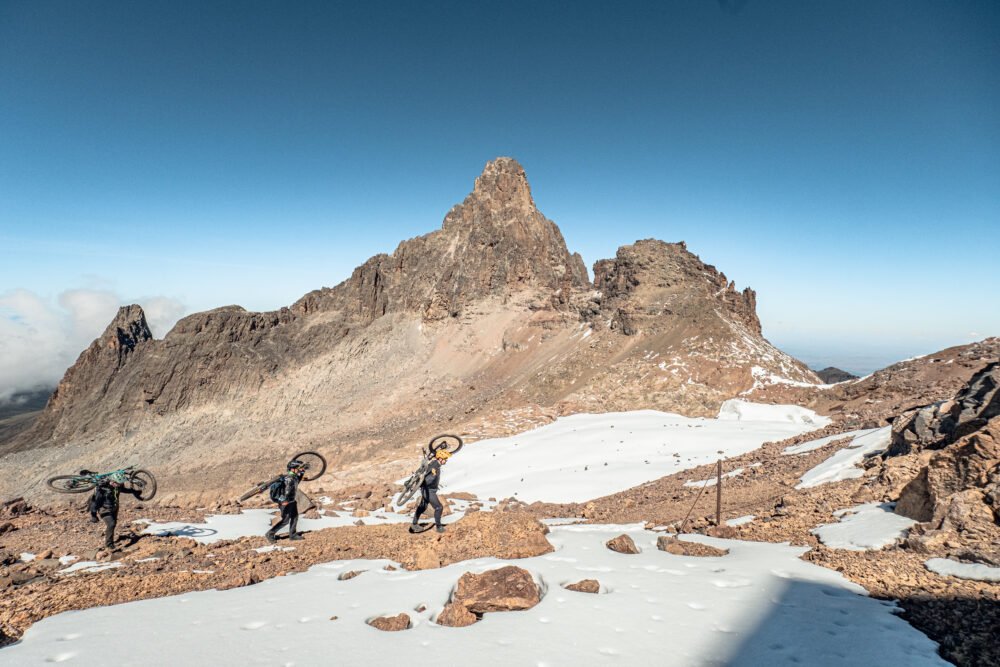 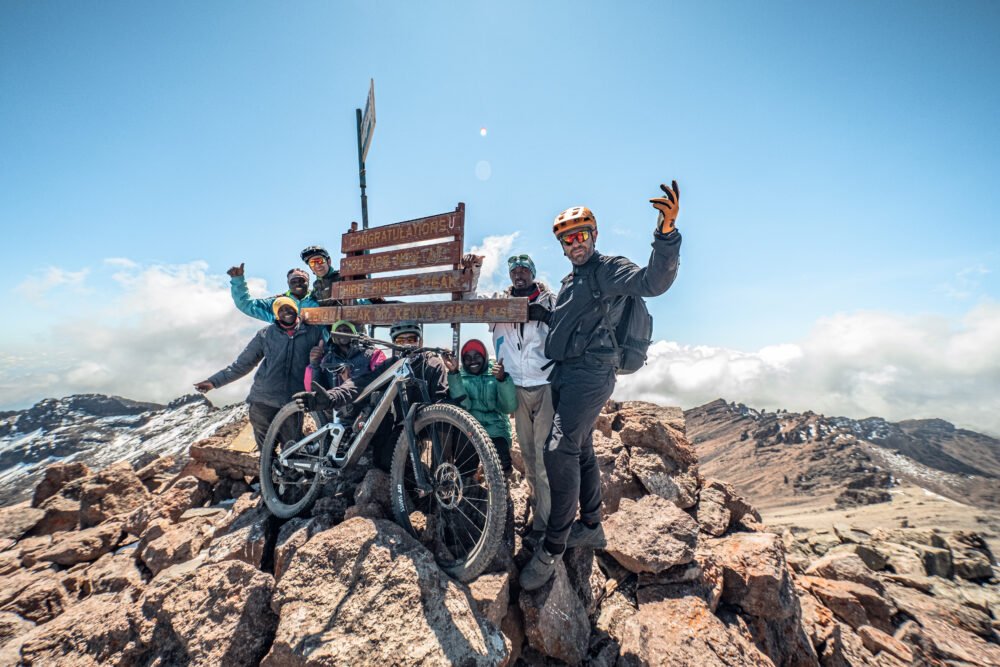 The descent to the valley was a fearsome challenge: steep, boulders, sand.

It starts technical and stays that way, you have to play among the rocks, the grip is very irregular. The slowly increasing heat of the air as you descend warned the riders of their impending arrival. 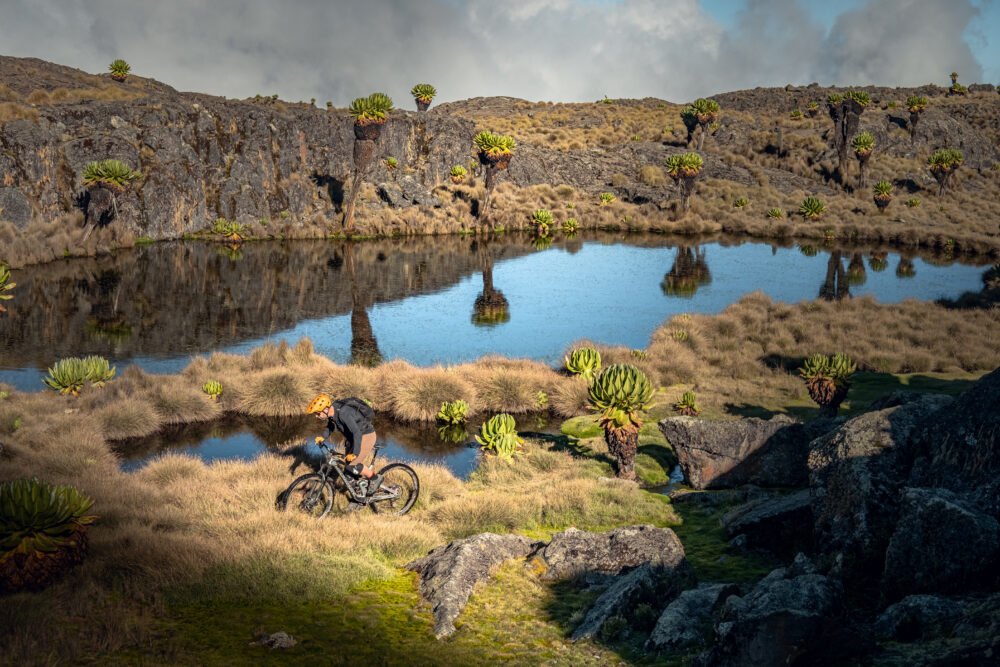 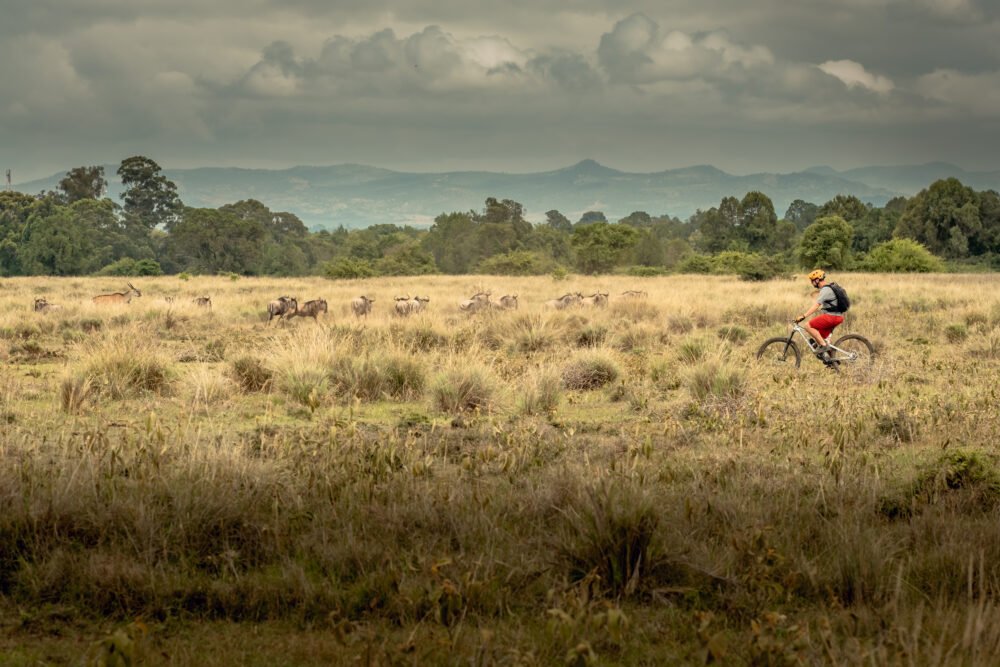 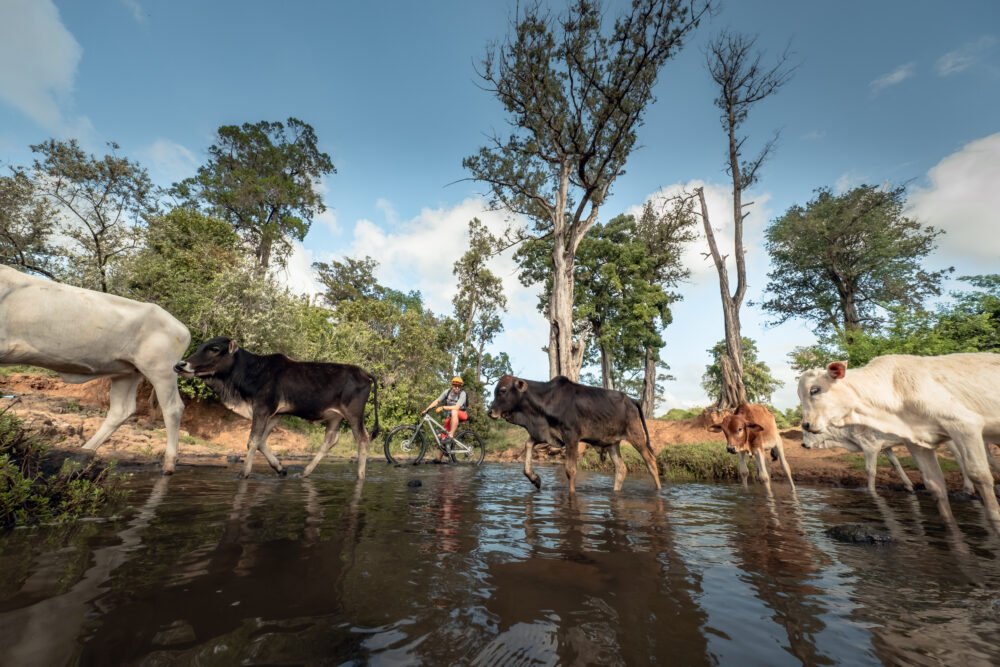 A well-deserved team dinner marked the end of this great sporting and human adventure to discover Kenya. Because beyond the physical and sporting pursuits, traveling is above all about meeting others, mixing cultures, learning foreign languages ​​and opening the mind to new worlds. 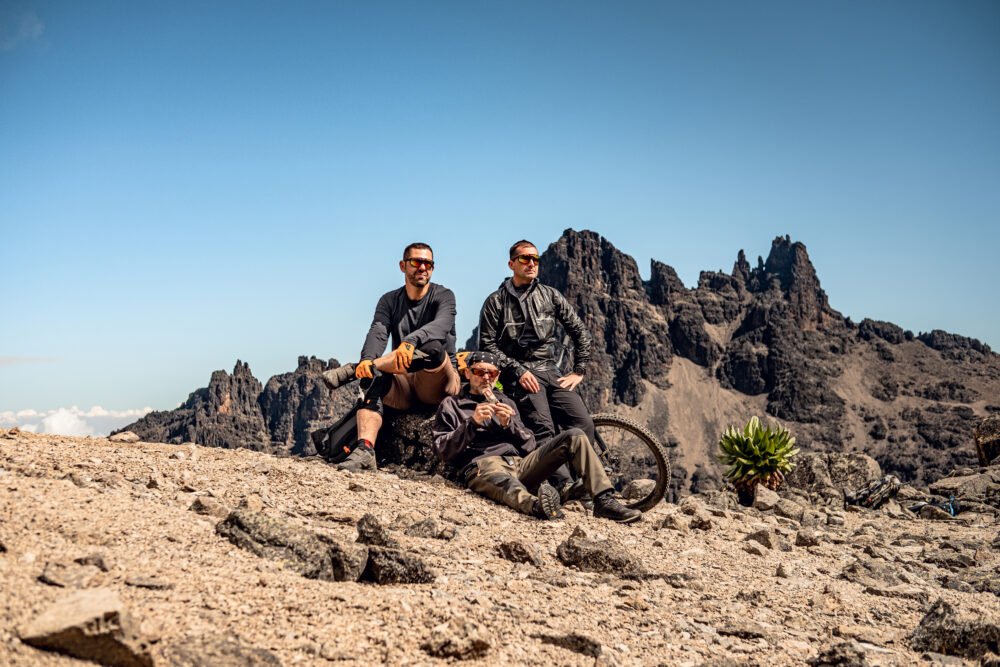 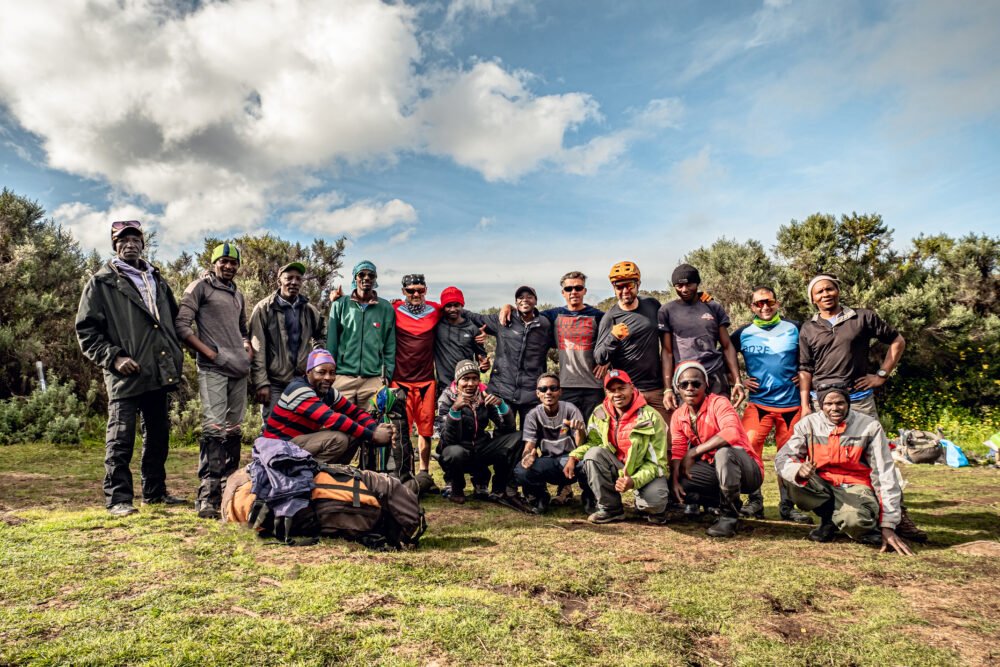 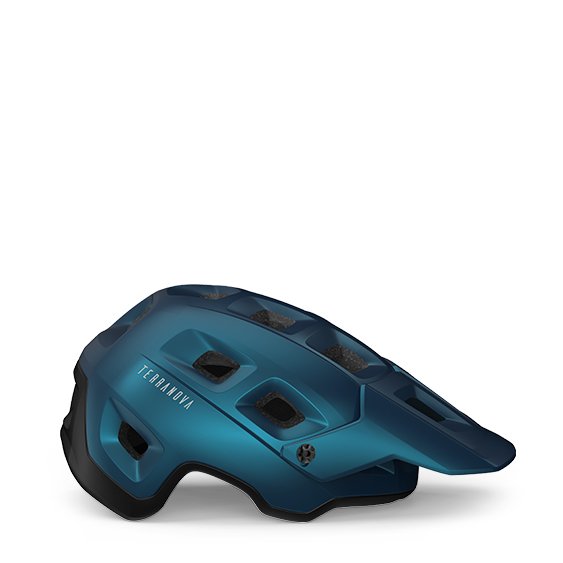 For All-Mountain and Trail riders
140€ 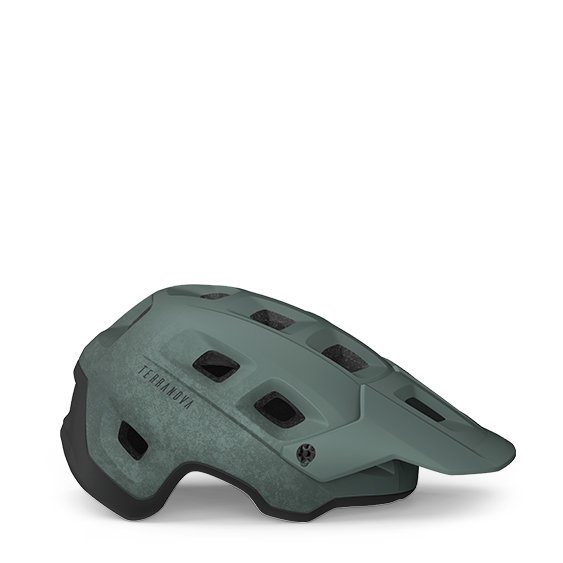 For All-Mountain and Trail riders
120€